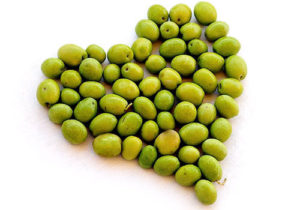 Many studies and research have shown that daily consumption of extra virgin olive oil in human nutrition helps to improve a person’s health and well-being thanks to the pharmacological properties of some substances in the oil, such as the polyphenols. Extra virgin olive oil is rich in anti-inflammatory factors, antioxidants such as tocopherols, phenolic compounds, carotenoids and squalene. It also contains beta-carotene, vitamins (A, D, E, K) and microelements such as calcium, iron, zinc and magnesium, all of which are necessary for our bodies.

There are numerous organs that, directly or indirectly, benefit from the biologically active substances present in extra virgin olive oil: these include the colon, liver and kidneys, essential organs involved in the treatment of exogenous substances and in the elimination of impurities. Acting in synergy with the body’s natural resources, the substances contained in extra virgin olive oil help to preserve well-being and health, providing a precious protection against inflammatory processes and against some forms of cancer.

Antioxidant and anti-aging effect: extra virgin olive oil, unlike other types of oil, has a high content of phenolic compounds, or polyphenols which, being antioxidants, reduce the action of free radicals on our DNA and protect the body against inflammatory processes and against cellular aging. Thus, they are useful in the prevention of many diseases such as diabetes and cancer.

High vitamin content: olive oil is rich in fat-soluble vitamins such as A, D, E, K. Vitamin K is necessary as a coenzyme as it activates different factors involved in blood coagulation and in the formation of the bone matrix, together with vitamin D. Vitamin E is an antioxidant and a micronutrient that helps to preserve the health of bones, protecting them from osteoporosis and decalcification. Vitamin E promotes the use of Vitamin A, which is not directly present but is formed by resolution of b-carotene by an enzyme present in the liver; for this reason, the b-carotene is defined provitamin A.

Intestinal regularity: olive oil has a gastroprotective effect and the substances contained in it contribute to regulate bowel movement and facilitate the hepatic activity.

Excellent during children’s growth: extra virgin olive oil is an essential food for children because, by stimulating the intestinal absorption of calcium, it promotes bone development, the growth of long bones and the process of myelination of the brain; it is also a great help to the immune system. In adulthood, however, it protects us from diseases linked to the slowdown and the deterioration of brain functions, such as Parkinson’s and Alzheimer’s.

An ally for the health of skin and hair: extra virgin olive oil has a high fat content and thus it is an emollient skin product with high nutritional properties. These properties can be used to prevent skin dryness and to nourish the dermis of the scalp, making hair soft and shiny. Moreover, thanks to its antioxidants, extra virgin olive oil prevents skin inflammation and cell aging, thus keeping the skin younger.

This website uses cookies to improve your experience while you navigate through the website. Out of these, the cookies that are categorized as necessary are stored on your browser as they are essential for the working of basic functionalities of the website. We also use third-party cookies that help us analyze and understand how you use this website. These cookies will be stored in your browser only with your consent. You also have the option to opt-out of these cookies. But opting out of some of these cookies may affect your browsing experience.
Necessary Always Enabled
Necessary cookies are absolutely essential for the website to function properly. This category only includes cookies that ensures basic functionalities and security features of the website. These cookies do not store any personal information.
Non-necessary
Any cookies that may not be particularly necessary for the website to function and is used specifically to collect user personal data via analytics, ads, other embedded contents are termed as non-necessary cookies. It is mandatory to procure user consent prior to running these cookies on your website.
SAVE & ACCEPT